Winnie the Pooh (2011) is probably my favorite kids movie. It absolutely baffles me that so many people haven’t seen it. Seriously, my husband and I enjoyed it more than the kids the first time we watched it. Luckily, Twig shares our love of Winnie the Pooh. Really, she loves Winnie the Pooh in any form. So, unsurprisingly, she wanted to have a Winnie the Pooh 3rd birthday party. And since that movie is clearly the best incarnation of Winnie the Pooh, I stuck with that movie for the theme. I’ll try to give as many links as I can for the ideas I used, but just in case I miss any (and for some ideas I didn’t end up using), here’s my Pinterest Board.

First, the invitations. I loved this idea of the honey pot, but I don’t have a special paper cutting machine and program like this lady does. So I just hand-traced a honey pot onto a piece of printer paper and used that as a stencil for tracing it onto some pretty scrapbook paper I picked up at the craft store. Twig’s favorite color is purple, so obviously we needed purple honey pots! Then I used a yellow marker to color some white letters and traced out some honey drippings onto yellow scrapbook paper. I used Disney, Winnie the Pooh, and Tigger fonts on the actual invitation part as if the big announcer voice (Disney font) was talking with the two characters chiming in their own comments.

Next the decorations. My amazing brother made us another banner, which I get to share with you guys again! Isn’t he great?! Here’s the link.

Didn’t realize until halfway through the party that I put the T and H up opposite.

I also drew a Backson (following along as Owl draws it in the movie) on the chalkboard. I’m seriously amazed at how much better I’m getting with drawing as I practice. Guess being a mom has given me the right motivation to learn to draw!

And I made signs with things from the movie too, making sure they were to spec by pausing the movie.

I also put up various other signs and what not that are not pictured. Links for those found here, here, and here. And I set up all our Winnie the Pooh books around the house (we have a lot!).

Now the activities! When the guests arrived, they colored. We used pots (little ceramic ones from the dollar store) to hold the crayons. They colored free coloring pages from the internet (some of which found on my Pinterest board, some I didn’t ever get around to adding it, just googled to find them).

Then we found Eeyore’s Tail (like they do in the movie). The whole scavenger hunt thing at Peanut’s Tangled party was a huge hit. Honestly I think I’ll do it every year. Kids just love hearing the silly clues (I just make a four line little rhyme that tells them where the next hiding spot is and center it around the birthday child) and figuring out where they are hidden. Peanut finger knit Eeyore’s tail.

Then we did a beehive pinata. I used a balloon to make the pinata and then decorated it to look like a beehive. I used black pom poms and wrapped them with yellow pipe cleaners to look like bees, then hot glued them on. The kids had a ton of fun with this one!

Lastly, we played Bounce Like Tigger. My original idea was a hopping contest (see who can hop the furthest), but then I realized that my mother-in-law bought a bunch of these blue bouncing balls. It turned out she had just enough for the amount of guests that were coming! So I turned on the Winnie the Pooh soundtrack and let them bounce away!

Last, but not least, the food!

I made little signs like these using pots (again from the dollar store), tissue paper, and popsicle sticks. I let Peanut write all the words so they’d look like Christopher Robin wrote them. Spelling is all hers too (though I had her re-do some of them because it was a bit too confusing).

Hunny Candy (recipe here) “DO NOT CHEW” (turned out not quite hard enough, I think I should have let it get a bit hotter when making it)

Honey Cupcakes (cupcake recipe here, but I decided to use a this honey buttercream frosting instead)

And that’s it! Twig had a ball at her first ever big girl birthday party and I think the guests had a good time too. And I had a fun time planning it! Yay Winnie the Pooh!

None at the moment!
If you'd like to sponsor a giveaway, email me

Want to become a sponsor?

It's All About the Hat 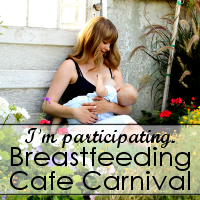